Our mission to our customers:
To give conductors a unique, one of a kind handcrafted baton from exotic woods that are as unique as the individual holding it. 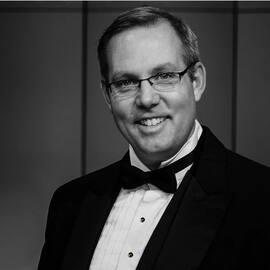 ​Mark Stice- Designer
Mark is currently the Director of Bands at Okemos High School. A graduate of Lakeshore High School in Stevensville, Michigan, he first studied clarinet with band director Lori VonKoenig before attending Western Michigan University to study with Professor of Clarinet Bradley Wong. After graduating from WMU in 1998, Stice began his teaching career in Eaton Rapids, Michigan- first at the Middle School then on to Eaton Rapids High School. Under his direction, the bands earned several first division ratings at district and state level festivals with marching, concert, and jazz ensembles. Stice joined the music faculty at Okemos High School as Director of Bands in 2006 where he now directs the Freshman Band, Concert Band, Symphonic Wind Ensemble, Jazz Band, Jazz Ensemble, Pit Orchestra, and assists with the 7th and 8th Grade Bands. Under his leadership, the concert ensembles have each continued an over 40 year streak of first division ratings.
Mark earned a Masters Degree in music Education from VanderCook College of Music in 2004. As a clarinetist, Mark has performed with several community bands and orchestras. As a marching musician, Mark is a proud alumni of the 1995 and World Champion 1996 Phantom Regiment Drum and Bugle Corps and was on staff with the 1999 Phantom Legion and 2001 Blue Stars Drum and Bugle Corps. He has been recognized as a “Rising Star” by the Music Educators National Conference of Michigan in 2001, Volunteer of the Year by Phi Mu Alpha Sinfonia Fraternity in 2006, and Teacher of the Year by the Michigan School Band and Orchestra Association in 2017. Mark continues to remain an active adjudicator for both MSBOA and the Michigan Competing Band Association and as an active clinician for both concert and marching bands. Professional affiliations are with Phi Mu Alpha Sinfonia having served as Province Governor, MSBOA, and ASBDA. Mark is also a member of the American Association of Woodturners. 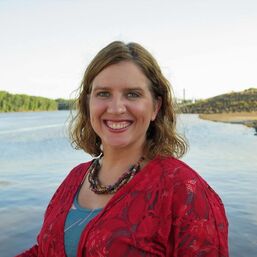 Amy Stice- Business manager
Amy Stice holds two degrees in Music Education and is currently 5 levels of Tap and the K-2 Impulse Young Artists at Happendance Dance Studio in Okemos, MI. Amy’s dance training has included tap, ballet, lyrical, jazz and hip hop. Her tap training has come from educators and artists such as Jerry Flint, Jason Samuel Smith, Diane Walker, Arthur Duncan, Michelle Dorance, and Jason Janas. Amy’s life has taken her to various parts of the Midwest, where she participated in the fields of dance, music, and theatre, including Elkhart Civic Theatre. She was a K-12 certified Music Educator in Indiana and Michigan before having her daughters, Olivia and Isabelle with her husband, Mark. Amy also teaches early childhood music classes at the MSU Community Music School. 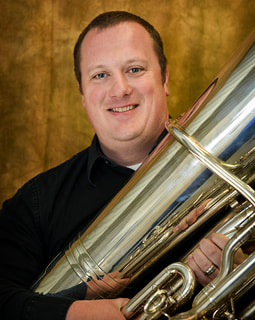 Steve Molnar- WOA Artisan
​Steve Molnar possesses a Bachelor degree from Baldwin-Wallace Conservatory and a Master degree from Western Michigan University in music performance.  Steve is the Principal Tuba of the Traverse Symphony Orchestra and is a founding member of the Five Lakes Silver Band and the Quintus Brass.
Previously, he was the low-brass coach and director of the South Bend Youth Symphony Brass Choir and the tuba instructor at Blue Lake Fine Arts Camp. An avid teacher as well as an adept performer, Mr. Molnar has worked with numerous high school band programs throughout the Midwest and maintains a private teaching studio near Ann Arbor.
As the grandson and brother of woodworkers, Steve has always had a passion for creating and working with his hands.  Becoming a WOA Artisan has allowed him to blend a love of music with his passion for woodworking.  When he’s not playing the tuba or making saw dust, Mr. Molnar is an enthusiastic sportsman, enjoys racquetball, scuba diving, and boating.   Currently he works for the University of Michigan in the University Registrar’s Office.  Mr. Molnar resides in South Lyon, Michigan with his wife Hannah and sons Stephen and Connor.

The Story of WOA Batons

It all began the summer of 2013 in Okemos, Michigan.

After sending the family to Illinois for a week so proper preparations for band camp could take place, the estimated 5 days of work needed was completed in one day! Having time to burn, Mark thought back to the days spent in his fathers workshop and his love of conducting. Putting the two together, he reached out to his friend David Ramsey for advice on what type of mini lathe to invest in. Graciously, Dave invited Mark over to use his lathe and between the two of them, the process of creating a unique, one of a kind baton handle was born. After many hours of trial and error, Mark eventually had an inventory and started sharing them with friends. Soon, directors in Michigan started reaching out to have their own "Stice Baton" made just for them. As the chair of the MSBOA Conducting Symposium at the Michigan Music Conference, Mark would always offer a new baton as a gift to the clinicians each year. When displaying a bunch of batons for Dr. Scott Boerma from Western Michigan University to choose from, his wife Amy exclaimed "these batons are works of art!" This is how the name Work of Art Custom Batons came to be.

The spring of 2018 offered Mark an offer he couldn't refuse when a wood turner sold his entire shop. In the shortest conversation ever to convince his wife Amy that they should invest in purchasing the equipment and building a studio, Work of Art Custom Batons, LLC was made official. Since then, Work of Art Custom Batons has provided conductors all over the world with a quality baton. Colleges and Universities in the Midwest have proudly supported WOA Batons. In 2019, Steve Molnar reached out to help further the WOA product line. The large amount of scrap from the baton blanks became perfect to create our musicians score study pencils from and Steve has been providing WOA with beautiful pencils ever since. In partnership with composer Andrew David Perkins, WOA batons and Apollo Studios were a popular stopping place for attendees visiting the exhibits at the 2020 Michigan Music Conference. You can also find an assortment of batons for purchase at Meridian Winds in Okemos, Michigan.

Work of Art Custom Batons stays committed to creating batons from exotic, specialty, and burl woods that features the natural beauty of the wood in the handle. Templates are not used so the shape is also one of a kind. Each handle is sealed with a durable CA glue finish (aka superglue), much like pen turners use, so the finish will not wear away from continued use. 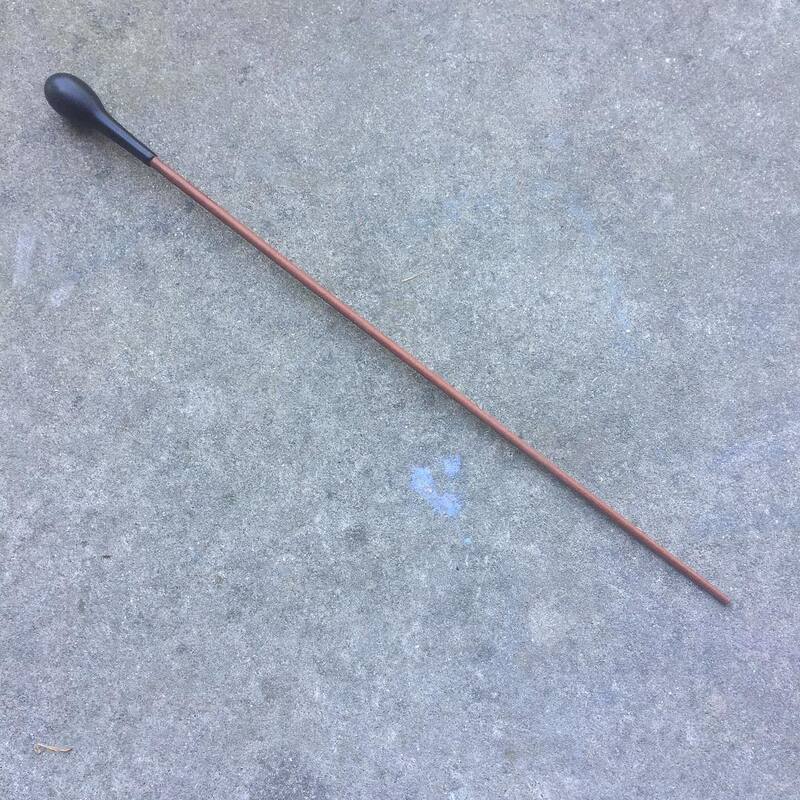 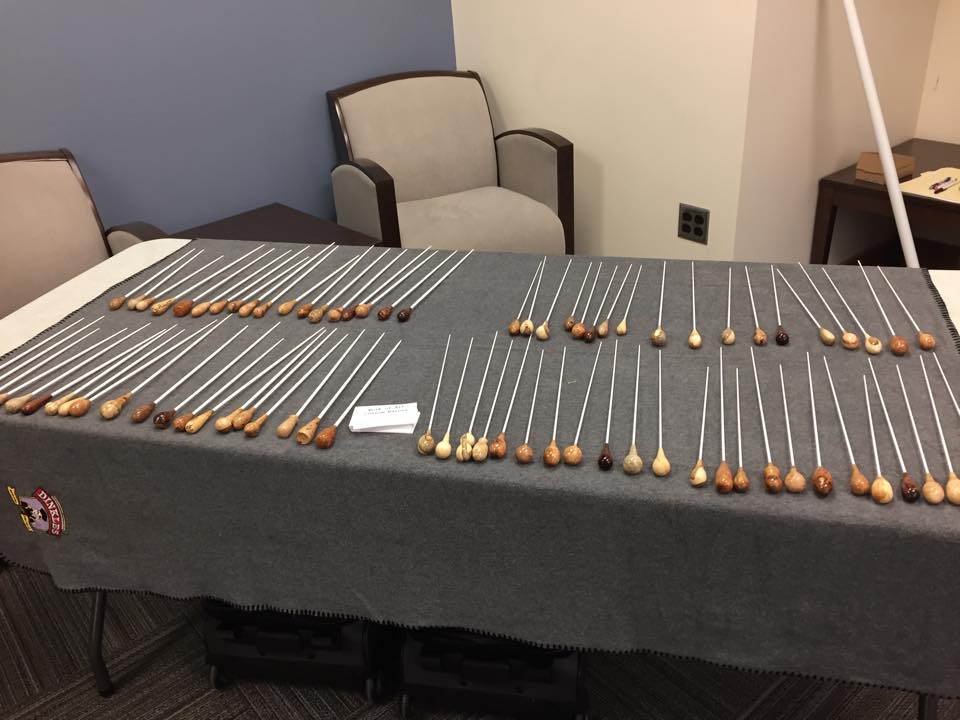 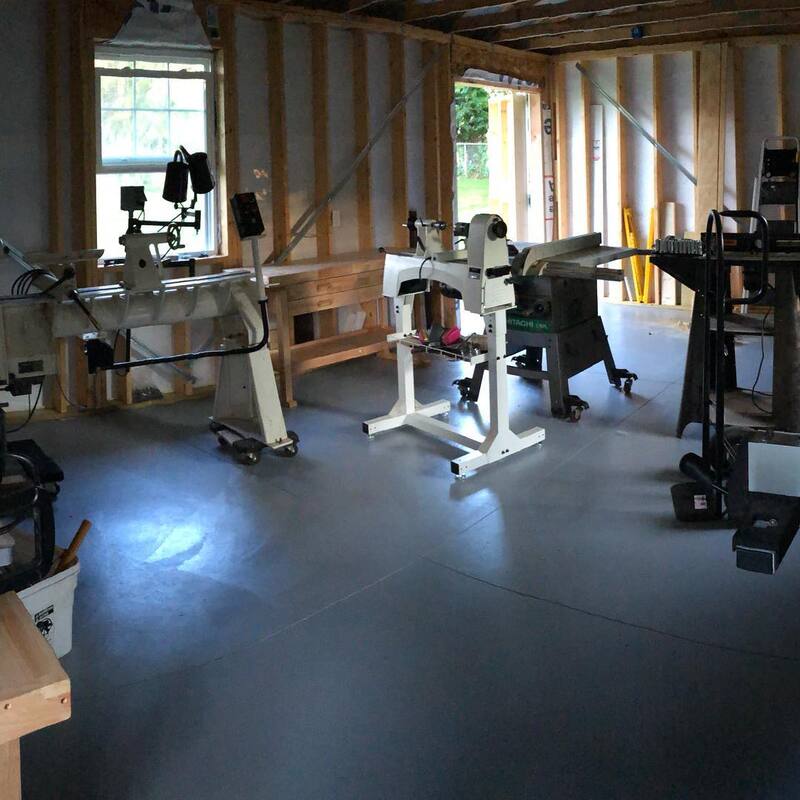 Moving equipment into the Studio.