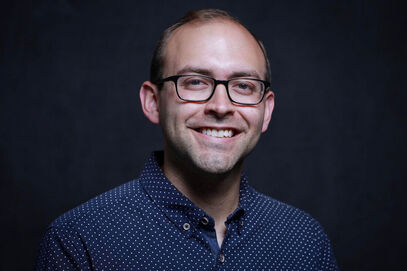 Dr. Tyler Austin
Dr. Tyler Austin is Assistant Director of Bands at Oklahoma State University. At OSU, Dr. Austin is assistant director of the Cowboy Marching Band, director of the Spirit Basketball Band, and conductor of the Concert Band and Frontiers New Music Ensemble. He teaches courses in the Music Education area, and holds an additional appointment as instructor of bassoon. In 2015 Dr. Austin founded Maryland Chamber Winds, where he serves as Artistic Director and Conductor. MCW is an international ensemble of performers who come together to present an annual concert series and educational outreach program. MCW is ensemble-in-residence for the Maryland Wind Festival, a two-week festival of wind chamber music and outreach based in Frederick and Hagerstown, Maryland and their surrounding communities.

Dr. Austin comes to OSU from Michigan State University, where he worked as a graduate assistant in all aspects of the band program. Prior to his study at MSU, he served as Director of Bands at St. John's Catholic Prep in Frederick, MD. While teaching, Dr. Austin freelanced as a bassoonist with wind bands and orchestras throughout Maryland, Pennsylvania, and Virginia. He has held positions as Principal Bassoon of the Maryland Lyric Opera Orchestra and Second Bassoon with the Liberty Wind Symphony. Dr. Austin holds a D.M.A. in Wind Conducting from Michigan State University under Dr. Kevin L. Sedatole, an M.M. in Bassoon Performance from the University of North Texas under Prof. Kathleen Reynolds, and a B.M. in Music Education from Susquehanna University.

Testimonial: Mark Stice is committed to making sure that each of his customers feels like they are getting a product designed specifically for them. I was able to design my batons in real time while they were being turned on Mark's lathe. WoA delivers an affordable product of high quality!

The Austin Line baton shape is reminiscent of a wine bottle and can be found on the DESIGN YOUR BATON page! 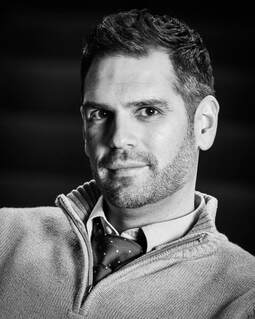 Andrew David Perkins
Composer, conductor, three-time ASCAP+ Award recipient, and GRAMMY® nominated music educator Andrew David Perkins (b.1978) holds a specialist certificate in Orchestration from the Berklee College of Music, a Master of Music degree from the University of Michigan, and a Bachelor of Fine Arts degree from Michigan State University. Finalist for The National Band Association Revelli Award & Merrill Jones Award,  The American Prize, and the Ravel International Composition Prize, Perkins' music is regularly performed at national and state contests, conferences, and at the Midwest International Band Clinic. A celebrated guest clinician nationally and abroad, he enjoys working with musicians of all ages, and is the winner of the 2018 National Band Association/Alfred Publishing Young Band Composition Contest.

​Mr. Perkins is a member of the American Society of Composers Authors and Publishers (ASCAP) and his music is exclusively published through APOLLO STUDIOS Music Publishing. He resides in Michigan with the love of his life and their daughters. 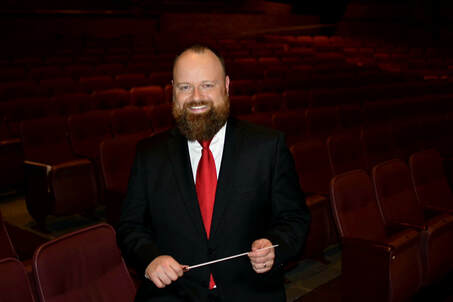 Christopher Ward
​​Christopher Ward became the Musical Director of the Five Lakes Silver Band in July of 2019. He
also serves on the North American Brass Band Association Board of Directors and plays cornet in the Brass Band of Battle Creek.

Prior to his appointment in Michigan, Christopher served as an Assistant Music Director for the Salvation Army for 16 years, and concurrently served as conductor for a number of groups, including the Greater New York Youth Band and the Hempstead Citadel Band. He was a member of the New York Staff Band for 23 years, 11 of those as its Eb Soprano Cornet Soloist. Christopher has
performed or conducted in 22 different countries, and in venues such as Carnegie Hall, Lincoln Center, Brooklyn Tabernacle, Royal Festival Hall, The Royal Albert Hall and Buckingham Palace. He has had the privilege of performing with the New York Philharmonic, The Canadian Brass, The Kings
Singers and Sir Elton John.

Christopher received his formal music training at New York's Mannes College of Music and also The State University of New York - Purchase, where he received degrees in Fine Arts of Music & Trumpet Performance.
Contact us if you are interested in learning more on becoming a WOA Artist!